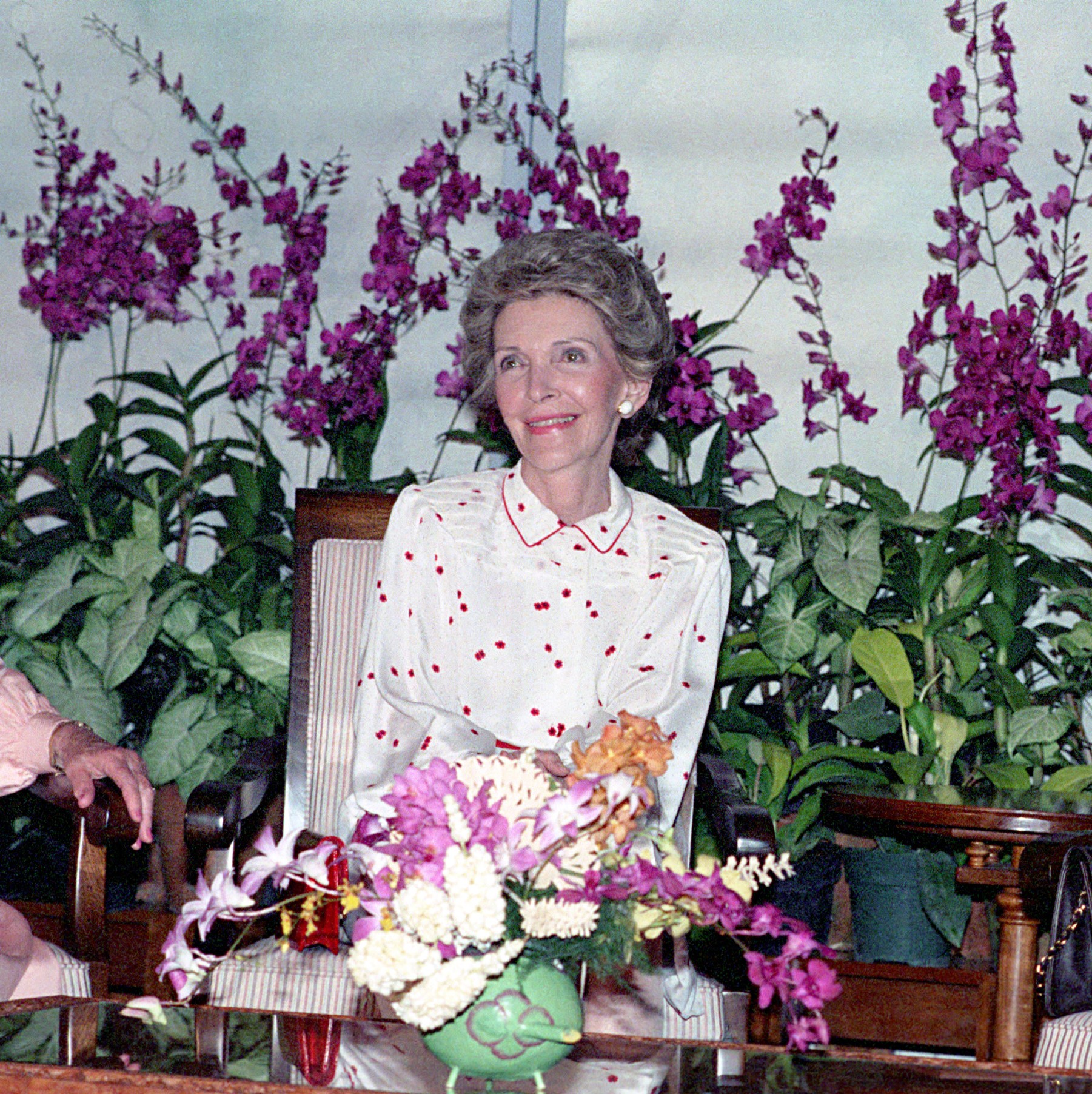 Nancy Reagan will be remembered in the horticulture world for her love of orchids. She had hybrids from three different genera honoring her – a Cattleya, Dendrobium and Phalaenopsis. Her favorite color was red and orchid breeders were able to create reddish purple hues for her flowers.

Her cattleya became quite famous and was registered in 1968 while she was First Lady of California. The hybrid was grown by one of the premier orchid businesses in the world, Rod McLellan Company of South San Francisco.

Rod McLellan, known as Acres of Orchids, was an enormous operation with dozens of greenhouses. At their spring open houses during peak Cymbidium season, McLellan offered showroom displays of the Nancy Reagan seedlings in bloom for their walk-in clients. By one account, “…there must have been 100 of them in the sales house.”

Laeliocattleya (Lc) Nancy Reagan (Walter Slagle x C Nigritian) was destined to be great. Both of the parents were stars in their own right and McLellan picked the perfect color for her namesake flower. The lineage comprised many generations and was complex - with 11 species in the background. The majority of the breeding influence was from Cattleya dowiana, labiata, and trianaei which bloom in the summer, fall, and winter respectively. Surprisingly, Nancy Reagan was a spring-bloomer.

McLellan had previously bred Nancy Reagan’s parent, Walter Slagle, in 1960 and had received countless flower quality awards, in part, for its stunning reddish purple color. The most impressive accolade was the Award of Quality or AQ which requires the exhibitor to present twelve or more different varieties of the hybrid at one time for the judges to evaluate.

Not many large-flowered cattleyas hybrids have ever won an Award of Quality. Cattleya seedlings often bloom over the course of months yet twelve plants are needed at the exact same time to be considered for this award. In addition, the flowers must be fresh and with few imperfections yet cattleya blossoms may only last a few weeks and can be easily bruised. Finally, there has to be an orchid judging event at the precise moment that the twelve plants look their best.

Nancy Reagan ushered in elegance into the White House which is only matched by her namesake orchids. Despite the considerable availability of Laeliocattleya Nancy Reagan around 1970, few specimens are known to exist today. Every first lady dating back to 1929 has had her own special cattleya, but for collectors of the series, this hybrid is one of the most difficult to obtain.